Ronaldinho Reveals AC Milan Commitment And Hits Back At Critics 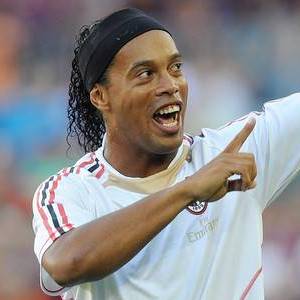 AC Milan midfielder Ronaldinho has declared that he will be staying with the Italian giants and took the chance to hit back at his critics.

“I might not participate in the play, but I give the others assists.

“Actually, you know one thing: they get narked because I do everything that I do from standing still.”

When told that the fans want to know when he’ll get back to the level he showed at Barcelona, Ronaldinho replied: “I am already at that level.”

The former Ballon d’Or winner then reacted to doubts about his future at Milan.

“I am not thinking about any club that isn’t Milan. Right now I have the luck of not being able to think about money.

“I can put my happiness in first place. I have no reason to be worried. The President told me that I could stay for as long as I want.