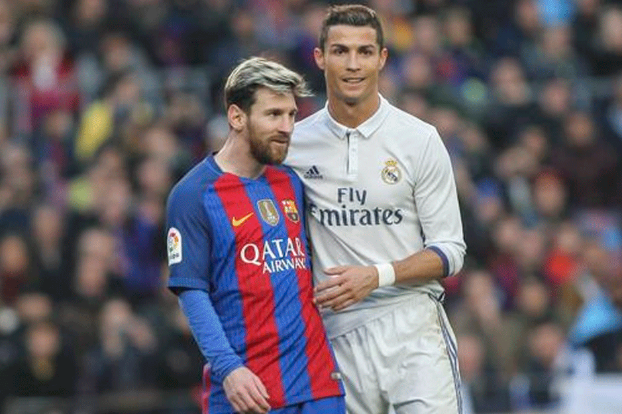 Admit it, Ronaldo is bigger & better than Messi

Cristiano Ronaldo started at the bottom and now he’s in the top ranks of international sports celebrity status. Over the course of his professional career, CR7 has made the most of his immense talent and genetic superiority, growing his football legacy while expanding his personal brand around the world.

Similar to most athletic superstars, Ronaldo put effort into transcending his younger, cockier self, who famously strutted the globe as if he owned it. As a thirty-something legend, he’s become a more generous philanthropist, and focuses more on football and business than ever. Yet his haters remain numerous and vocal, ignoring Cristiano’s incredible contributions.

Jury is still out on the best footballer of this era, a matter that will be determined during the coming years. One thing remains clear: when you combine Ronaldo’s accomplishments on and off the pitch, his clout surpasses Messi – a fact only the jealous deny.

Sure, Ronaldo has evolved to make better use of his teammates over time, but his most shining talent remains his ability to score in every possible way.

His long, powerful frame is ideal for winnings headers in the box, rendering most defenders helpless against a well-positioned cross. Those same legs create tremendous force when striking the ball, which has enabled absurd free kicks and innumerable goals from outrageous distances. The majority of defenders can’t keep up with his raw speed and his variety of tricks and feints, including his signature multi-step over dribble. 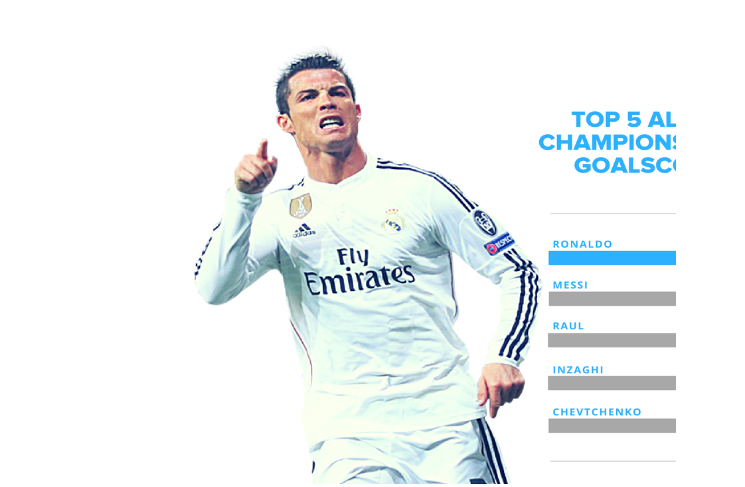 Over time, he mitigated his aging body by playing smarter, exploiting defensive flaws in opponents more often, instead of applying brute athleticism. This allows him to continue his prodigious scoring rate, breaking numerous records. His pro exploits began with Manchester United, which included a 2008 UEFA Champions League win in which he scored the only goal for United in the final against Chelsea.

When he made the move to La Liga, he wasted little time meshing with his comrades at Real Madrid. Ronaldo required only 92 matches to reach 101 goals. He scored 200 in 178 caps and recently hit 350 goals in 335 games – all of these marks accomplished quicker than Messi. Cristiano also sprinted past Messi in Champions League goals, scoring his 100th against Bayern on April 17th. He looks to extend his lead over Messi during the upcoming Champions League final against Juventus.

Perhaps the most remarkable aspect of Ronaldo’s off-pitch persona, Cristiano leveraged football stardom and his photogenics into a mass media empire. Recent estimates place the value of his social media portfolio at £410 million per year for Nike, which signed him to a £820 million lifetime deal in 2016.

This level of influence has rarely been achieved by any human, including the biggest and best superstars across all sports. Forbes reported that Ronaldo creates an additional 800% return compared to Messi when measuring social media impact.

Perhaps a few more years of Messi vs. Ronaldo will determine a clear winner for the honour of best ever player. However, when you combine Ronaldo’s status on and off the field, there’s no argument as to who has the greatest overall impact in popular culture and world football.

Instead of venomously arguing for one star or the other, fans should appreciate a moment in time where a pair of otherworldly talents graced planet football with their sublime skills. Enjoy this remarkable era while it lasts.