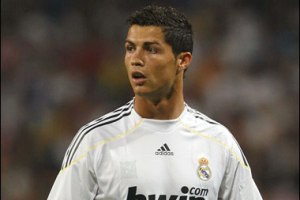 World football superstar Cristiano Ronaldo has revealed that he has more freedom at Real Madrid than he ever did under Alex Ferguson.

Cristiano Ronaldo also revealed that he believes that he is surrounded by better players at the Bernabeu.

The ex-Manchester United star, now age 24, told reporters that there is more pressure at Real Madrid but he loves it and that drives him on.

He said that he is much more free here, free to roam around the pitch in certain matches.

Ronaldo then went on to say that not only will he use that to become the same player he was at Old Trafford but even better and that he feels like a new-born baby.

He also went on to say that just because he won everything with Manchester United and was voted Ballon D’Or and World Player does not mean that he has reached the top.

Ronaldo ended by saying that he feels as though his career is just starting.


Govou Believes The Pressure Is On Liverpool