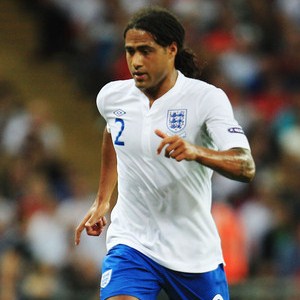 Liverpool boss Roy Hodgson has revealed his disappointed with the form of defender Glen Johnson this season.

The former Fulham boss has taken an amazing swipe at the England international with no attempt to disguise his feelings about the 26-year-old’s displays.

The Kop boss blasted: “He’s the England right-back and, if he plays like that, one would expect him to come back in when he’s fit.

“But then he’d have to play like the England right-back and up to now, to be quite frank, he’s not performed – very often at least – to the level I’d expect of him.

“You would have to ask him ‘do you think you’re playing at top form and are you playing like the best right-back in the country for your club?’

“If he says yes, obviously we will have to agree to differ and if he says no, then you’d have to ask the question why not.”

He is likely to be in the squad for today’s trip to Stoke if he does recover, as Hodgson added: “Whether he’ll be fit enough to play any part is more relevant than whether he will get his place back.”