Roy Keane Set To Be Named As Manager Of Kasimpasa 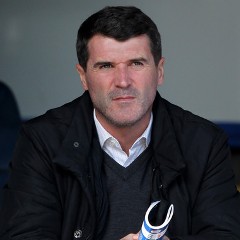 It has been revealed that Manchester United legend Roy Keane is returning to football – in Turkey.

The Sun reported that Keane will make a surprise return to management with Turkish side Kasimpasa.

The former Manchester United captain has been out of the game since being sacked by Ipswich last year.

But Keane, who has forged a career as a television pundit, is set to be announced as the Istanbul side’s boss on Sunday.