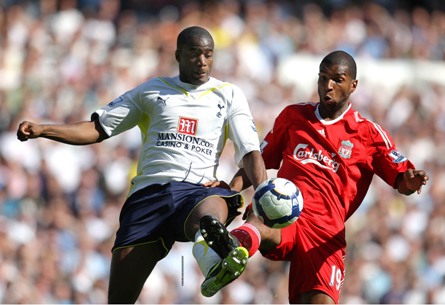 Liverpool winger Ryan Babel has admitted that he is keen to join former club Ajax on loan in January and has accused Rafa Benitez of failing to keep promises regarding his first team chances.

Babel, an £11.5m signing from Dutch side Ajax in the summer of 2007, has started for Liverpool the opening day defeat to Tottenham Hotspur and thereafter played only 14 minutes as a substitute for the club.

Benitez only started the 22-year-old in six Premier League games last season and Babel is growing ever more frustrated with his inability to command a regular place, particularly with Holland looking forward to their participation at the World Cup finals next summer.

Now the Amsterdam-born forward is keen to return to his hometown club on loan in January having been disappointed by the chances afforded to him in the early part of the season and strongly believes that it would improve his chances of getting into the Holland national team for the World Cup.

Babel was not initially included in Holland’s squad for their upcoming fixtures against Japan and Scotland but was called up by Bert van Marwijk following an injury to Ibrahim Afellay.