It has been revealed that Ryan Gauld has signed a new contract with Dundee United. 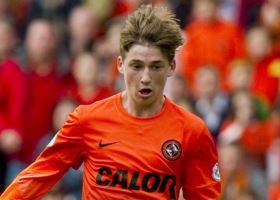 The highly-rated 18-year old midfielder has penned a fresh deal which will keep him at Tanandice until May 2017.

Terrors boss Jackie McNamara said : “Ryan is showing his commitment to the club by signing this contract. We are trying to build something special here and securing Ryan on a longer deal signals our desire to achieve this,”.

“He is a fantastic talent who appreciates that Dundee United is the best place for him to develop at this time. Dundee United fans will quite rightly be delighted at this news and how the club is moving forward just now.”