Salgado Says It Was A “Privilege” To Play At Real Madrid 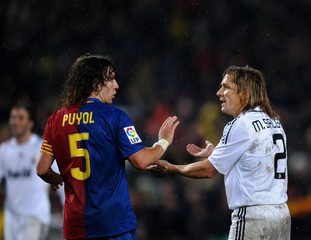 Spanish international defender Michel Salgado, who is to part company with Real Madrid after ten years, said on Wednesday that it was a “privilege” to have worked with some of the best players in the world during his past decade at the club.

Real said Tuesday that they and Salgado had “agreed to end their collaboration” and the announcement followed news that the club have agreed to buy Spanish midfielder Xabi Alonso from Liverpool.

Salgado, 33, arrived at Real from Celta Vigo in 1999 and had a contract until 2011, but played little last season.