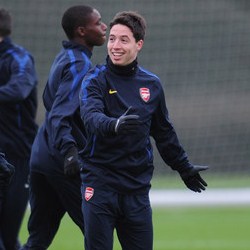 Reports have surfaced that Arsenal midfielder Samir Nasri is reluctant to commit himself publicly to the club long-term.

The French international has yet to publicly commit himself to the Gunners cause long term, having moved to Emirates Stadium from Marseille during the summer of 2008.

However, he stressed – at the time of his latest official club interview – that nothing had been decided either way.

“There is not much to say apart from don’t listen to all the rumours and everything that is written or said,” said Nasri, who would be free to leave on a Bosman transfer in 12 months’ time should no new deal be reached.

“Earlier in the season I spoke with the boss and we said we would talk during the summer, which is what we are going to do.”

Glen Johnson To Turn Down Arsenal For Liverpool Stay 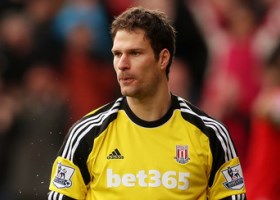 Arsenal, Real Madrid To Do Battle For Asmir Begovic