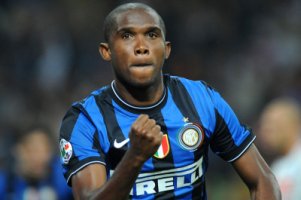 Samuel Eto’o’s representative has revealed that they are confident of wining their compo case against Spanish giants FC Barcelona.

The Inter Milan striker is claiming €2 million from Barcelona as part of his move to Italy and the case is now being heard in the courts.

Jose Maria Mesalles told reporters that Samuel Eto’o is entitled to claim two million from the whole transfer saga to Inter Milan. They added that it is a matter of right and that they would not have claimed the money otherwise.

He added that legal proceedings have been launched.

He also added that the outcome is till not known but are confident that everything will be sorted out well.