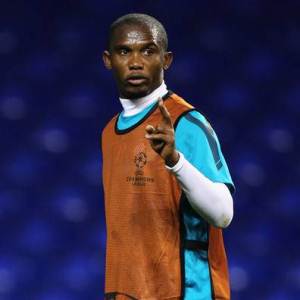 Inter Milan striker Samuel Eto’o has revealed that he was close to joining Roma, prior to eventually signing for Italian champions Inter Milan.

The Cameroon international has been in sensational form this season, scoring seven goals in his opening nine league fixtures, to currently top the Serie A goalscoring charts.

However, a move to Roma almost went through in the summer of 2008, when the Giallorossi were also close to landing Fiorentina striker Adrian Mutu.

“I was close to signing for Roma two years ago, then everything vanished,” he said. “Today I am very happy where I am.”

Eto’o joined Inter from Barcelona in 2009 in a swap deal with Zlatan Ibrahimovic.