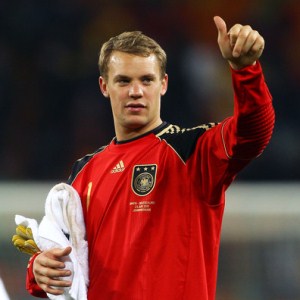 News from the German Bundesliga is out and it has been reported that Schalke coach Felix Magath claims that the club may struggle to hang on to goalkeeper Manuel Neuer and others, as the club continue to struggle both on and off the pitch.

It is reported that Neuer, a German international, will be one of the stars sold as Schalke who are suffering financial difficulties off the pitch, look in order to bring in more revenue.

Other European giants such as Arsenal and Bayern Munich are also believed to be monitoring his situation.

Speaking to German daily Bild, Magath said: “Of course I do not trust entirely that I will be able to keep Manuel Neuer and all the other players.

“Although the situation is somewhat more difficult with less revenue, we have created the conditions to become champions in years to come.”


Edin Dzeko : I’m Not Thinking About Transfer Away