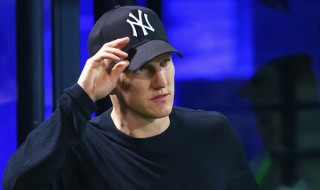 How times has changed, from being ommitted to possibly being added back into the list for Man Utd’s Europa League squad.

he German star was persona non grata at Old Trafford – and written off as an asset by the club – before Jose Mourinho brought him back into the first-team fold at the end of October.

Now the 32-year-old could be included in Mourinho’s updated Europa League squad to be sent to UEFA in the New Year, reports the Manchester Evening News.

Schweinsteiger, who has been linked to a move to the MLS in America next spring, has only made one brief sub appearance in the EFL Cup against West Ham but could ease Mourinho’s selection problem if United’s campaign develops into a fixture pile up.

The Reds have played 23 games so far but a further 42 could still be on the cards with a two-legged EFL Cup semi against Hull City in the New Year plus an FA Cup third round match with Reading. In February United have a Europa League double header with Saint Etienne.

It will stretch Mourinho’s squad.

“The Europa League is a competition with more matches than the Champions League. The fact you play on Thursdays makes it even more difficult because we never have a gift of playing Monday. We always play the Thursday and then the Sunday,” said the United manager.

“Then in the League Cup we have a two-legged semi and hopefully one more match in the final.

“The FA Cup is a lot of matches so our number of players is not so big, even Schweinsteiger is back to the group which was exactly the intention because he is one more option for us.”

But does Mourinho believe Schweinsteiger will still be in squad after the January window?

“I do. Unless again the player knocks on our door with a future that he wants to grab with both hands.”