It has been revealed that Seattle Sounders FC has acquired midfielder Adam Moffat from the Houston Dynamo in exchange for midfielder Servando Carrasco and a 2014 natural second-round SuperDraft pick. 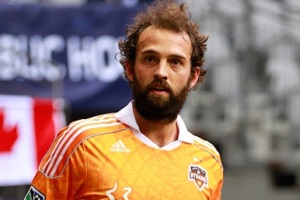 The 27 year old has already set career-highs with 26 appearances, 24 starts and three goals for Houston this season.

The Scottish midfielder won the 2008 MLS Cup with Sigi Schmid’s Columbus Crew and started in the 2011 and 2012 MLS Cup final with Houston.

“I have known Adam since 2007, when I brought him to the Crew,” said Head Coach Sigi Schmid.

“He was a member our MLS championship team in Columbus and brings a fantastic attitude, has experience running the midfield, and a great shot from distance. Although it is difficult to see Servando leave, I am excited to welcome Adam to our team.”


Man Utd Winger Nani Eager To Improve On Past Seasons