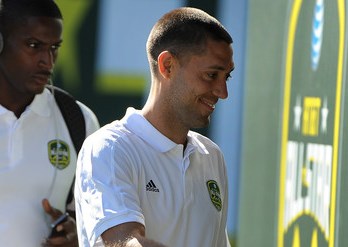 It has been reported that Seattle Sounders striker Clint Dempsey has ruled out a Premier League return in January. 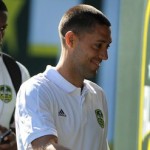 The People claims that the former Fulham and Tottenham star has been linked with a move back to Craven Cottage in January on a similar two-month loan arrangement which saw him back at his old club last year. Crystal Palace, QPR and Aston Villa have also been mentioned as a potential destinations.

But he has decided to take the winter off and have a complete break from football after 18 gruelling months of non-stop action.

Dempsey has been excused the USA’s trip to England and Ireland, which sees them take on the Republic on Tuesday after losing 2-1 in a friendly to Colombia at Craven Cottage on Friday.