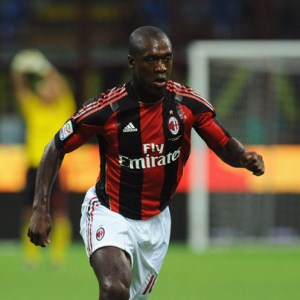 Reports from the Italian Serie A is out and it has been revealed that Clarence Seedorf has likened AC Milan boss Max Allegri to Jose Mourinho.

Allegri who replaced Leonardo as manager of AC Milan has guided the Rossoneri to the top of the table.

“We are happy because we won a game, but it takes time to open a cycle,” Seedorf said.

“We need to get to know each other better. Balance is a subtle thing that you only obtain through results.”

When asked if he believes Milan are stronger than Inter, Seedorf said: “We’ll talk about it at the end of the season.

“In any case, it’s not said that you need to be stronger than the Nerazzurri to win the Scudetto.

“Mourinho’s teams were always distinct by their compactness. We have become much more compact with Allegri. We move in an organised manner.” 
Jordan Henderson ‘Over The Moon’ After England Call