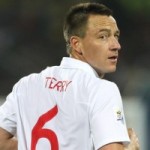 Sensational news from South Africa is out and it has been reported that senior England players are furious with Chelsea captain John Terry for talking “out of school”.

The Sun has reported that many players are furious after the former skipper claimed they were ready to challenge boss Fabio Capello about aspects of his regime.

Terry, stripped of the captaincy by Capello, said yesterday that up to 10 of the squad had a meeting over a beer following Friday’s dismal 0-0 draw with Algeria.

Management and players dissuaded Terry from raising issues in last night’s team talk as Capello went through a DVD of the Algeria game.

Capello : I Hope Rooney Will Score Against Germany!

Michael Essien Ruled Out Of The World Cup Finals