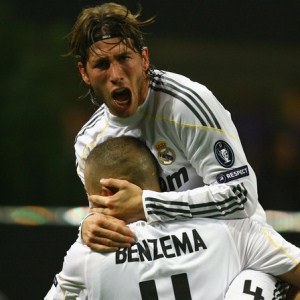 The French international started the second-leg of Madrid’s Copa del Rey round of 32 tie against Real Murcia and scored from the penalty spot in their 5-1 triumph.

“Karim hasn’t had an easy time, but he has gotten his stuff together and he is doing a great job. We are all happy that he scored.

“We are satisfied with the match, but we still have a lot of work to do.

“We haven’t won anything yet. Real Madrid always has a winning attitude. We had the match well on track, but we continued to try to score.

“This team’s attitude is great no matter who plays. Today we played with a very Spanish starting eleven and we performed well. The new arrivals have adapted quickly.”