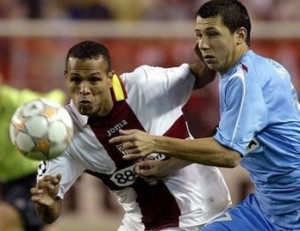 Brazilian duo Luis Fabiano and Renato scored the goals to give Sevilla a 2-0 win over Champions League debutants Unirea Urziceni in Group G on Wednesday.

Renato laid on the opener for Fabiano just before the break and midway through the second half Fabiano’s header was glanced in by Renato.

The Romanian champions, managed by former Chelsea midfielder Dan Petrescu, were well organised in defence and restricted their hosts to few sights of goal in the first half, despite Sevilla dominating possession.

Fabiano stung keeper Giedrius Arlauskis’s hands with a free kick and had another close-range shot saved.

Unirea were undone in the last move of the half. Renato broke down the left and pulled his cross back to the edge of the area, from where Fabiano finished with a first-time shot into the corner.