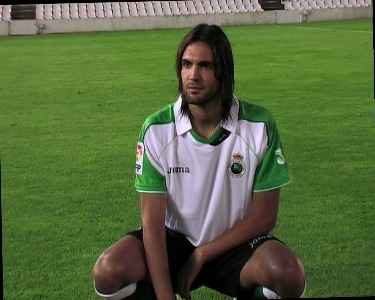 Spanish club Sevilla have made their second signing of the summer after completing a deal for highly-rated Espanyol defender Sergio Sanchez.

The 23-year-old versatile defender can play at either right-back or centre-back, has committed himself to Sevilla for the next four years. The defender now will join in the footsteps of midfielder Didier Zokora, who joined the club from Tottenham earlier this month.

Sanchez expressed his delight in signing for Sevilla by saying that he is very happy because Sevilla is the team where he wanted to be, for the fans, for the team, for the city and everything else. The player also added that it is a real pleasure for him to play for Sevilla.

He also added that the chance to play in the Champions League with Sevilla is a real prize as the squad did very well last season and were rewarded with third place. He also said that he has come to Sevilla with lots of hope and motivation and that he is ready to help the club achieve the aims they have set. This team aspires to win everything.’

Sanchez came up through the youth ranks at Espanyol before making his first-team debut in the 2004/05 season and the former Spain Under-21 international then spent two years playing on loan at Real Madrid Castilla and Racing Santander before returning to Espanyol 12 months ago, playing 33 games for the Barcelona-based side last season.