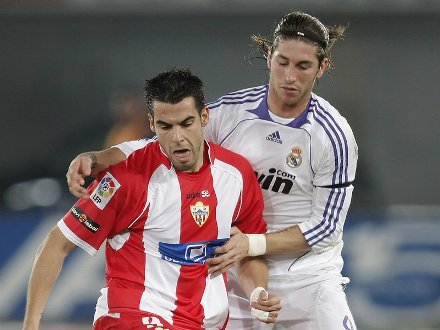 The transfer has been finally concluded and it has been reported that Spanish giants Real Madrid have sold highly-sought after striker Alvaro Negredo to Spanish league rivals Sevilla.

Negredo will now join Sevilla on a five years contract but for the first two years of that deal Real, who have recently signed a string of top forwards including Kaka, Karim Benzema and Cristiano Ronaldo, will have the option to buy the player back.

Negredo was set to undergo a medical on Friday morning at Sevilla, who are delighted with the deal and a statement from the club read “Sevilla have recruited one of the best strikers in Europe,”. Neither club revealed financial details of the deal.

Real had initially bought Negredo earlier this summer for five million euros from Almeria, where he scored 19 goals last season. Reports in the Spanish media had linked Negredo with a move to the English Premier League, and with Real Zaragoza.

Daniel Agger Out Injured For Another Six Weeks