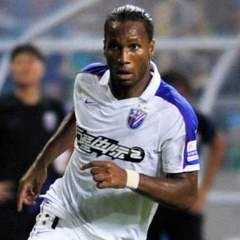 Reports are out claiming that Arsenal boss Arsene Wenger is on red alert over Chelsea legend Didier Drogba’s availability from Shanghai Shenhua.

It is said that the club’s chief Zhu Jun has given his co-owners two weeks to give him more control or he’ll withdraw his funding.

The state-backed Shanghai Youth Daily newspaper today quoted an unnamed source as saying: “If this issue is not resolved satisfactorily, from October Zhu Jun might take action. If the issue of Drogba’s salary is still not effectively handled, he might again book a ticket home.”

If the club have to release Drogba and Anelka it would pave the way for a return to the Premier League.

Arsenal manager Arsene Wenger last week denied he was interested in Drogba but Liverpool might be given that they are short up front after allowing Andy Carroll to join West Ham on loan.