Sir Alex : The Fans Will Not Boycott Old Trafford 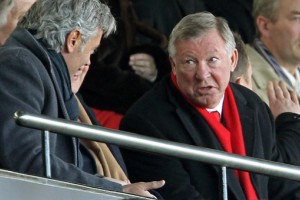 The Red Knights consortium is trying to buy Manchester United from the Glazer family and their leader, Keith Harris, wants supporters to pile pressure on the Glazers by not going to games.

United boss was quoted telling reporters that: “Now that is a great idea! That’s come from an intelligent guy, has it? No chance.”

Fans already protest by wearing green and gold scarves and Sir Alex said that he don’t mind them protesting.

He then said that it would only be an issue for him is if it resulted in the team being affected by it, but he does not think it will.

He then went on to say that as long as the supporters are supporting Manchester United, they can wear whatever they like.

Arsene Wenger Fears Ramsey Will Never Be The Same Again


Higuain : Influence Of Nistelrooy Reason For My Success