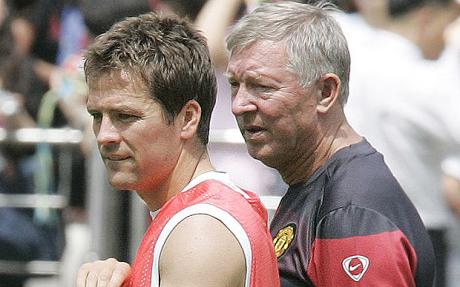 Sir Alex Ferguson has leapt to the defence of strike flops Michael Owen and Dimitar Berbatov by saying that “Michael could do with a goal. He had two chances on Wednesday at Burnley and should have scored them. He knows that.”

He also added that “His movement and positional play in the last third is very good. We are just waiting on that goal.”

Neither Owen or Berbatov have netted this season, with the Bulgarian slammed by fans for a lack of effort however Sir Alex defended his striker by saying “It is his style rather than the effect he has on the game. I’m particularly happy with him.”


Andriy Shevchenko Still Has A Future At Chelsea