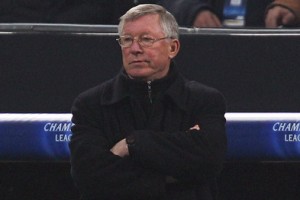 The Scottish tactician admits that there are three clubs vying for the championship but has backed his Red Devils in with 10 matches remaining.

Sir Alex told reporters that Arsenal are bang in the frame now and that they have the easiest programme on paper and it will be an interesting run-in.

He then said that Chelsea losing to Manchester City was a good result for United, but there are a lot of hard games left.

Sir Alex also said that United lost to Everton and that the players were a bit tired.

However Sir Alex said that United recovered against West Ham and once again against Aston Villa in the Carling Cup final.

Sir Alex also praised his team and said that United have shown time and time again that the football club has determination.


Thierry Henry : It Is Normal For The Fans To Boo