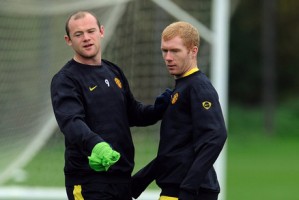 “Paul had an excellent game,” Ferguson said. “That is his 100th league goal for us, which is a great achievement. He is a marvellous player.

“I felt we played the best football and we deserved to win.

“It is another away game off the list and it is a good victory because we knew Wolves were going to fight.

“We’ve had many results like this over the years and it could be significant. We showed a great determination to win.”