Sir Alex Ferguson : Ronaldo is the best in the world

More footballing news are coming form the Premier League and this time Sir Alex Ferguson has admitted that he is lost one of the best footballer in the world in Cristiano Ronaldo.

It has been reported that the Portugal wizard will be unveiled as the most expensive player in history by Real Madrid at the Bernabeu on Monday.

And Manchester United boss Ferguson has heaped praise on Ronaldo, who he signed for £12.25million in 2003 from Sporting Lisbon.

Sir Alex said to local media that Cristiano has been a marvellous player for Manchester United and that his six years at Old Trafford have seen him develop into the best footballer in the world.

The manager also added that Ronaldo’s contribution has been a major factor in the club’s success in that time.

Fergie also ended by saying that his talent, ability to entertain and his infectious personality have enthralled fans the world over and everyone at Manchester United wishes him well in his future career. 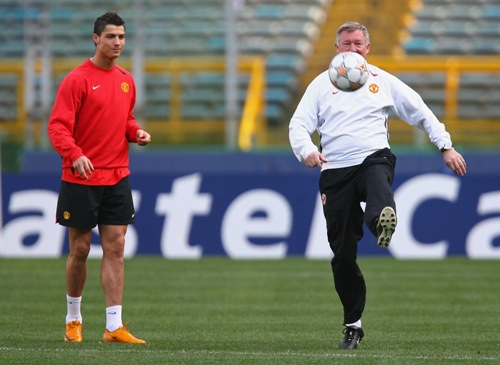