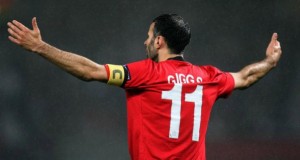 The ex-Wales international, who will be 36 next month, continues to be one of United’s stand-out performers having won 11 championship titles after making his debut in March 1991. Giggs is now just one goal away from becoming only the 17th player to score 100 Premier League goals.

Those are just some of the reasons Sir Alex believes no-player can match the reigning PFA Player of the Year in terms of achievement and influence in the modern game.

Ferguson said that Manchester United there have been a lot of top-class players in this league and some have probably made more of an impact than Giggs but none of these players can boast the same sort of longevity and consistency.

Sir Alex went on to say that Giggs was there when the league started and is still there now and that is alone enough to say that Ryan Giggs is the best.

Giggs scored his 150th United goal against Wolfsburg in the Champions League last week and is also the club’s record appearance holder, with 814 games under his belt.

And his ability to switch seamlessly between central midfield and the left wing is something his manager is likely to utilise later in the campaign.

Ferguson added that he has played Giggs out wide recently because he is fresh at the moment and that he has got plenty of running in him and can do a lot of damage in the wide position.

However Sir Alex said that as the season progresses Ryan Giggs will move back into the middle of the pitch where he can dictate the games.