Sir Alex : Ryan Giggs Will Be Fit To Face Liverpool 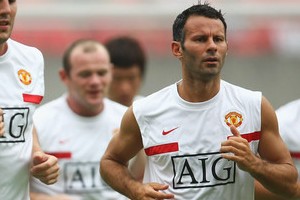 Sir Alex Ferguson believes Ryan Giggs’ month-long absence with a broken arm has provided him with the rest required to be a major weapon for Manchester United in the title run-in.

Giggs will sit out Sunday’s Premier League encounter with Fulham but is expected to make his comeback against Liverpool at Old Trafford seven days later.

Sir Alex Ferguson confirmed that Giggs will be fit for the Liverpool game and that his performances in training have been fantastic.

The Scot added that Giggs is getting another plaster on today but Manchester United will be getting a fresh player back.