Sir Alex Says Carlos Tevez Is Not Worth £25million 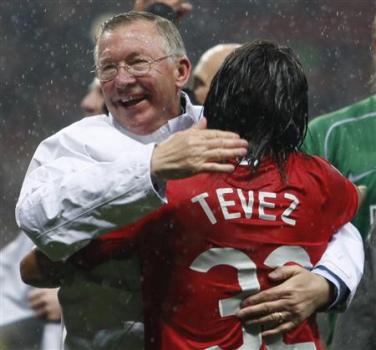 Manchester United manager Sir Alex Ferguson has declared that Carlos Tevez was not worth the £25million that was wanted of him by his advisors in order to turn his “lease” period into a permanent deal with the English Champions.

Tevez joined cash-rich neighbours Manchester City from United last week, ending an acrimonious parting with his former Old Trafford boss, who the Argentina star accused of not treating him with respect.

Ferguson however did attempt to keep Carlos Tevez but only after trying to knock down a price that had previously been agreed with the player’s long-time advisor Kia Joorabchian.

And, while many United fans are still unhappy at Tevez’s loss, in the brutal final analysis, Ferguson just considered the price to be too high.

Ferguson said that he didn’t think that Tevez was worth £25m and that’s just his judgment and that he could be wrong. He also added that the fans quite rightly have their heroes and he respects them, so he was happy to go along with a deal as long as it was the right one but reiterated that the striker was simply not worth £25m.