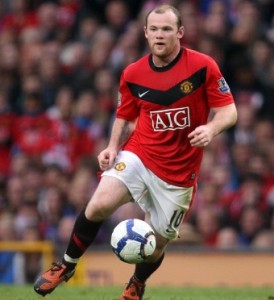 Sir Alex Ferguson has shrugged off Wayne Rooney’s bad-tempered reaction to being substituted in the 1-0 Champions League win at Besiktas on Tuesday night.

England international striker Rooney, who played as a lone striker for an hour in Istanbul, shook his head as he came off before furiously throwing down his boot after removing it in the dug-out.

Sir Alex Ferguson said that Rooney is never pleased to come off as he has so much energy and that he wants to play all the time. Sir Alex also added that Rooney had been playing as the lone striker for one hour and that is why why he was always going to come off.

Sir Alex also added that it was always part of the team’s thoughts to bring Wayne Rooney off.

Given the work he had to do for England in two internationals, and a gruelling examination at Tottenham, when he was part of a side that completed the game with only 10 men, Rooney might have been glad of the break, particularly as Manchester City go to Old Trafford on Sunday.

But instead Rooney was clearly put out and his obvious anger at being substituted also led to him being goaded by Besiktas supporters behind the dug-out, with whom he exchanged a brief word, and the arrival of security men.

Arsene Wenger Backs Vito Mannone To Rise To The Occasion