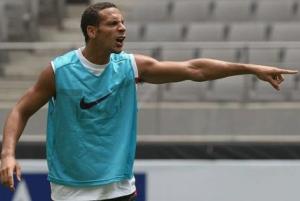 Manchester United manager Sir Alex Ferguson has told defender Rio Ferdinand that his World Cup dream could die unless he raises his game.

The Manchester United defender is having a miserable season and was badly at fault in England’s 1-0 defeat in Ukraine a week ago.

Sir Alex however said that Ferdinand has to get back to his best and also said that it is an important issue for the coach to pick the right team.

He added that there are more options for the manager in the defence department compared to any other position and that Rio Ferdinand will need to get his form right quickly.

Fergie also added that he is sure Rio Ferdinand has taken the criticism on board and that he will definitely be in the England squad for the World Cup in South Africa.


Ancelotti Believes Terry Can Be The Next Maldini