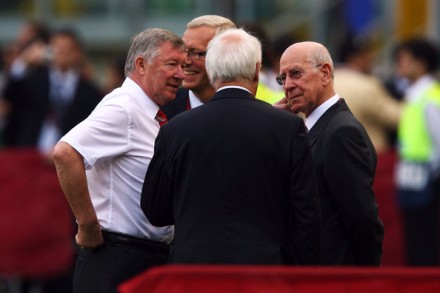 Manchester United striker Rooney is already on 24 goals after six years in a Three Lions shirt and at just 23 years old, with around 10 years of international football left, Rooney is very well on course for the landmark.

Charlton went on to say that he would really have no problems if Rooney eventually got beyond the 50 mark.

He also added that there are a lot of goals to come from Rooney.

Sir Bobby also went on to say that he does not worry about talking about Wayne or the fact that people see him as so vital for England these days.

Sir Bobby added that Rooney is a big lad, a strong character who can handle the pressure.


Fabregas Has Doubts Over His Future At Arsenal