Sneijder To Miss Qualifier Match After Injury In Friendly 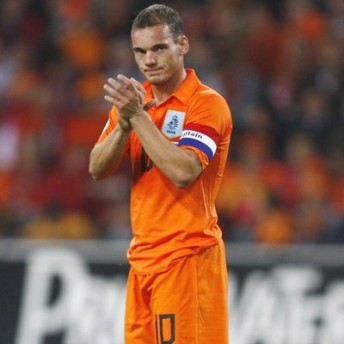 Inter Milan’s Sneijder was taken to hospital for checks immediately after the game and a representative for the Dutch team later said that a decision had not yet been taken on whether Sneijder would rejoin the squad.

Dutch coach Bert van Marwijk had earlier expressed concern about the injury. He said that the player told him that he heard something crack and it looked serious but everyone will have to await the outcome of the investigation in the hospital.

Sneijder scored his side’s second goal, between strikes from Robin van Persie and Klaas Jan Huntelaar, in a low-key win. The Dutch have already qualified for the 2010 World Cup in South Africa and the Scotland match is their last one in Group Nine.