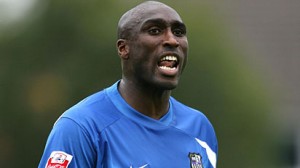 Veteran defender Sol Campbell has claimed that he quit Notts County after just one game because of the promises he was made about other big-name signings were not kept.

Campbell walked out of Meadow Lane just 29 days into a five-year contract, worth a reported £40,000 a week, because he was the only major signing during the summer after his release by Portsmouth.

The former Arsenal and Tottenham defender, who left by mutual consent just days after his debut in the 2-1 defeat at Morecambe in League Two, said that he had expected to see players like Brazilian legend Roberto Carlos joining him as part of ambitious plans at the club following the takeover by Munto Finance.

But after linking up with former England coach Sven-Goran Eriksson, the director of football at Meadow Lane, Campbell felt he had been let down.

Campbell went on to say that he is not embarrassed, not hurt or humbled or anything like that and that he is just disappointed with the whole thing.

He added that he bought into a dream and that he wanted to make that dream a reality but said that it took him less than a month to realise that it was all heading to a different conclusion.

Campbell ended by saying that he does not want to say too much and that he is going to remain dignified as he is not interested to make this issue into a slanging match.

He said that people can say what they want about him but he said that he has got nothing against Notts County.

Vidic Is Happy With The Form Of Ben Foster