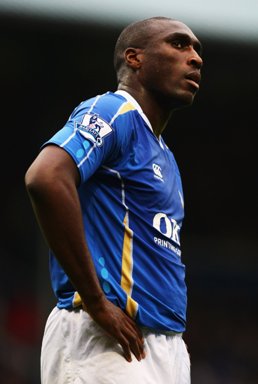 Former England international defender Sol Campbell has revealed that he is willing to take a 50 per cent pay cut to join relegated club Newcastle United.

Campbell, now age 34 was a former Arsenal and Portsmouth defender, now a free-agent, is so keen to keep his career going after quitting Portsmouth that he will agree to Toon’s wage offer of £15,000 a week.

Campbell started his professional career at Tottenham Hotspur, where he spent nine years. He then transferred to rivals Arsenal in 2001. He then moved to Portsmouth where he played 95 games and scored 2 goals for Pompey.

With 73 caps, he is the only player to have represented England in six consecutive major tournaments.