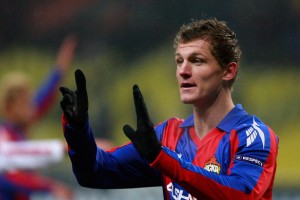 Sevilla were undone by the Czech Republic international and it is reported now that they now want to bring the youngster to Spain in the summer.

It is also believed that Villarreal and Valencia are also monitoring Necid’s situation.