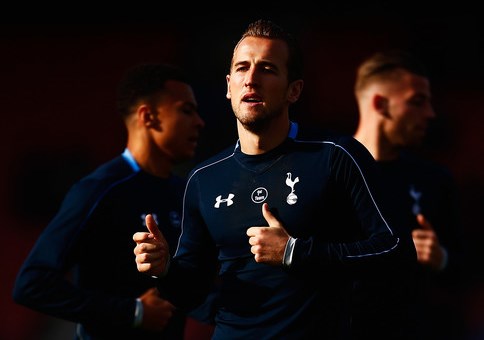 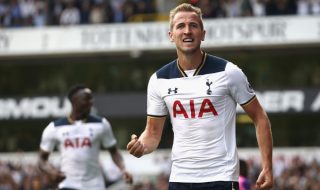 Tottenham’s FA Cup hopes have been dealt a major blow this week, as three of the North London side’s biggest stars remain major injury doubts ahead of their semi-final clash with Chelsea on April 22.

According to a report in the Evening Standard, defender Danny Rose visited a specialist last week in order to get to the bottom of the medial knee injury that has kept him sidelined since January 31.

The 26-year-old England international has returned to training in recent weeks – albeit separately to his teammates – in an attempt to rehabilitate in time for the close-season, but it appears as though Rose has now conceded he won’t be fit in time for the Wembley clash; instead targeting the North London derby with Arsenal a week later as the date for his comeback.

Rose, who has been linked with a big-money move to Manchester City this summer despite signing a new contract with Spurs last summer, had been in outstanding form this term; his absence may go a long way to explaining Spurs falling seven points behind Chelsea at the top of the Premier League table.

Spurs’ injury woes continue in the form of influential striker Harry Kane, who has been out of action since picking up an ankle ligament problem in the side’s 6-0 thumping of Millwall in the FA Cup quarter-finals last month. The 23-year-old, who remains the Premier League’s top scorer this season with 24 goals, was forced to sit out England’s recent internationals against Germany and Lithuania – a turn of events which must have come as particularly disappointing to the star himself, as he was being widely tipped as being the man to replace Wayne Rooney as the next Three Lions captain.

Although Tottenham boss Maurico Pochettino told the press this week that Kane was “doing well” and “feeling positive”, he remains a major doubt to return in time for the semi-final contest; Spurs will sorely miss his goalscoring proficiency if he is forced to miss out. Indeed, the bookmakers certainly seem to think Tottenham’s chances have taken a major dent, with Chelsea’s odds to triumph in the tie now being shortened considerably to 6/5 in the FA Cup betting at the time of writing; Spurs sit at 23/10.

I have to have an operation…I tried everything to recover but unfortunately my hip is still not 100% so I can't compete at the level I want to. I'll face this challenge with a positive attitude and can't wait to get back with my team and be stronger. Thanks everyone for your support! Tengo que operarme… Lo dejé todo este último tiempo para volver a jugar, a pesar de mejorar lamentablemente mi cadera no me permite estar al 100%, por lo tanto no puedo competir al nivel que quiero! Afrontaré este delicado momento con las fuerzas necesarias para volver cuanto antes a luchar junto a mi equipo! Gracias a todos por su apoyo!

If that wasn’t worrying enough for Tottenham, they’ll also be without the presence of Argentina international winger Erik Lamela, who himself has been dogged by a hip injury that has kept him on the sidelines since October. Although the 25-year-old had been hoping to return to action this season – potentially prior to the FA Cup semi-finals – he took to Instagram last week to confirm that he needed surgery; a move that will prevent another one of Spurs’ finest players from returning to action until next season.

Do you think Tottenham will be able to make it past the current Premier League leaders to reach the FA Cup final without three of their most eminent stars? Let us know your score predictions in the comments below.