Articles Stars Of The Future

TFM’s Stars Of The Future is back and we will now take a look at a rising star from Denmark, Kenneth Zohore. 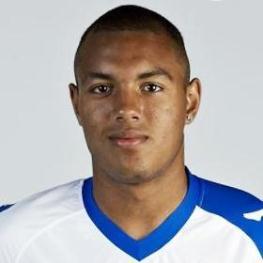 Kenneth Dahrup Zohore or simply known as Kenneth Zohore is a Danish/Ivorian footballer who plays as a striker for F.C. Copenhagen of the Danish Superliga. He was born on the 31st of January 1994 in Copenhagen.

Kenneth Zohore is born into a family of great football talent. Kenneth Zohore’s father is the cousin of Chelsea star-forward Didier Drogba.

Zohore started his youth career with Skjold in 2002 at the tender age of 8. He stayed on with Skjold until 2006 before joining Kjøbenhavns Boldklub in 2006 at the age of 12.

Zohore was promoted to the under-19 squad already from the age of 15, from the autumn 2009 and was training with the first team three times a week. 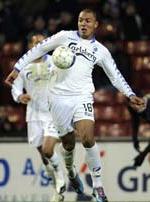 Zohore joined the first team’s training camp in Marbella, Spain on 2 February 2010 together with Thobias Skovgaard.

On 7 March 2010, Zohore made his debut for the first team squad, being only 16 years and 35 days old, he became the youngest player to ever make his debut in the Danish Superliga.

Zohore replaced César Santin in the 73rd minute in a 5–0 victory against AGF.

On the 20 October 2010, Kenneth Zohore made his first UEFA Champions League appearance for F.C. Copenhagen playing FC Barcelona on Camp Nou. The 16 year old striker replaced César Santin in the 74th minute of the game.

Kenneth Zohore is known for his speed and ability to launch powerful shots from outside the box.

He is also known to be a physical striker who uses his built and strength for his advantage when fighting for the ball.

Zohore is also a tall striker and at 6ft 4in, he is a commanding figure in the box and a threat when it comes to set-piece and corners.

Kenneth Zohore has been an active for the Danish U17 and Danish U19 squad.

Due to his young age and competition in the senior Denmark squad, Zohore is yet to receive is first senior call up but it is only a matter of time before this talented youngster represents his home country on the international level.

ArticlesStars Of The Future
Previous Article