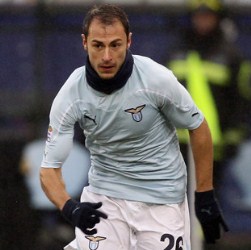 It has been revealed that Stefan Radu has signed a new contract with Lazio.

The Romanian’s previous agreement was set to expire in 2012, but the 24 year old defender has now committed himself to the capital side until 2016.

The versatile defender, who joined Lazio in 2008 from Dynamo Bucharest, will earn €1.2m a season before bonuses.

Radu, who cost Lazio €4.5m, played 26 times in Serie A this season during an injury-hit campaign.