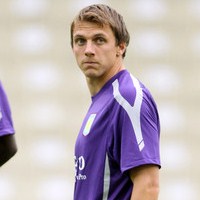 Stephen Warnock has urged Aston Villa fans to drop their protests against the appointment of manager Alex McLeish.

McLeish’s appointment has been met with hostility my many Villa fans, but Warnock insists the club and supporters must move on.

The 29 year old fullback said : “The owners have thought long and hard about the right appointment and they’ve made that decision now and we’ve got to move forward,”.

“I think it’s interesting. Obviously it’s a bit of a controversial appointment to the fans. He’s a good manager improving and we’ll see what happens.

“It’s difficult but it shows the character of the man and what he’s capable of doing.

“If you look at his teams and what he’s done in the game I think he’s proven.”