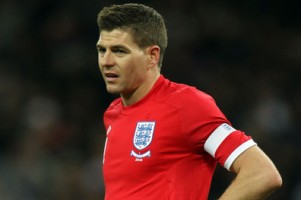 Liverpool captain Steven Gerrard could again become embroiled in a row about trial by television after appearing to strike Michael Brown on the back of the head in Monday night’s 4-1 win over Portsmouth at Anfield.

With a quarter of the match to go Gerrard and Brown chased a ball towards the penalty area but, as the Pompey midfielder tried to hold off the England international, Gerrard seemed to hit his opponent with his forearm.