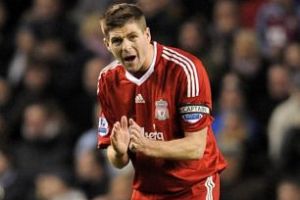 Bad news for all Liverpool fans as it is now said that Steven Gerrard’s groin injury is worse than originally feared.

The star midfielder limped out of England training earlier this week after coming off at half-time in the 1-0 loss to Ukraine on Saturday and new scans have revealed the problem is worse than first thought.

It is believed that Liverppol are fuming over the fact that Gerrard aggravated the injury whilst on international duty, especially seeing as the double-header against Ukraine and Belarus as ‘less important’ games.

Gerrard now faces a race against time to be fit for three season-defining matches the Reds have in the next few weeks.

Liverpool face an away league clash with Sunderland, a Champions League match against Lyon and a blockbuster at Anfield against Manchester United.

Henrik Larsson Wants To Return To Celtic As Coach