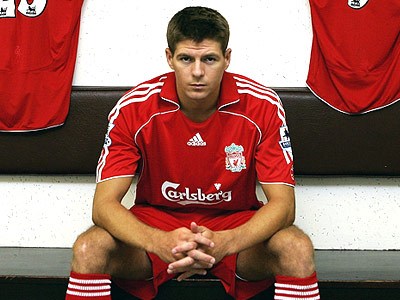 Liverpool’s midfield dynamo Steven Gerrard has pulled out of the England squad for Wednesday night’s friendly with Holland in Amsterdam.

The Liverpool skipper trained on Monday with the rest of the team but felt a slight soreness in his groin and has withdrawn as a precaution.

And it has been reported that the remainder of Fabio Capello’s squad was able to make the short flight to the Netherlands, where they will be put through their paces at the Amsterdam Arena.

Goalkeeper Ben Foster has already been replaced by Joe Hart after hurting his knee in Manchester United’s Community Shield defeat to Chelsea on Sunday.