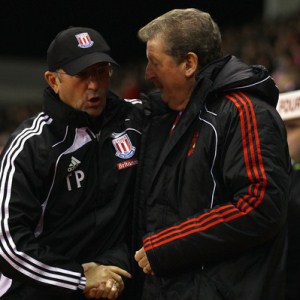 Liverpool’s stuttering mini-revival petered out in dismal fashion as they lost 2-0 to Stoke at the Britannia Stadium.

A six-match unbeaten run came to end as they were outfought, outplayed and outmanoeuvred by Tony Pulis’ side.

Ricardo Fuller opened the scoring just after half-time and Kenwyne Jones completed a comprehensive victory in the final minute before Lucas Leiva was sent off for a second bookable offence.

The Potters were more than worth their win against a team who appear to have lost their way as quickly as they found it.

They have won away from home only once this season and only three times since last November.