It has been reported that Juan Agudelo has indicated that he is finally set to secure his dream move to Stoke City. 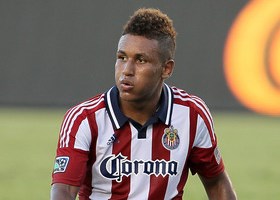 The 21-year old Colombian-born USA international was close to joining the Potters from MLS club New England Revolution on January 1 but was unable to obtain the necessary work permit.

However, he has posted on Twitter that he has signed for the Staffordshire club and will be sent straight out on loan for the remainder of the season.

The capture of Agudelo adds to today’s signing of striker John Guidetti on loan from Manchester City and midfielder Stephen Ireland permanently from Aston Villa.