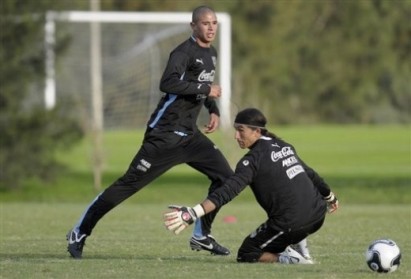 Transfer news from the Premier League is out and it has been reported that Stoke City have signed Uruguay midfielder Diego Arismendi from Nacional for three million euros.

It is believed that the transfer fee for the 21-year-old who has played twice for Uruguay having made his debut in a friendly against Norway in May last year could rise to 5.5 million euros.

Arismendi’s arrival on a four-year deal follows Stoke’s double swoop for Germany defender Robert Huth and Turkey forward Tuncay from relegated club Middlesbrough last week. Stoke are currently fifth in the table after a promising start to the season.

Stoke chief executive Tony Scholes told the club’s website that this is the first time the club has signed a player directly from South America.

He also said that Diego will need time to settle in, but Stoke is excited by his potential and are confident that he will prove to be a great acquisition.

Arismendi helped Nacional win Uruguay’s league title this year having featured 28 times and was Player of the Year.