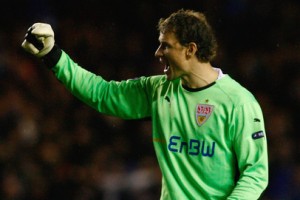 Jens Lehmann appears ready to end his career at the conclusion of the current season after confirming he will not be renewing his contract with Stuttgart.

Lehmann, now age 40, revealed that he will not stand in the way of deputies Sven Ulreich and Alexander Stolz any longer and has no intention of signing a new deal with the Bundesliga side.

While Lehmann has previously indicated he would welcome the chance to return to England after spending five successful seasons with Arsenal, it now looks likely that the eccentric ‘keeper will take his leave of the game in the summer.

Babel : Liverpool Will Bounce Back From Wigan Defeat