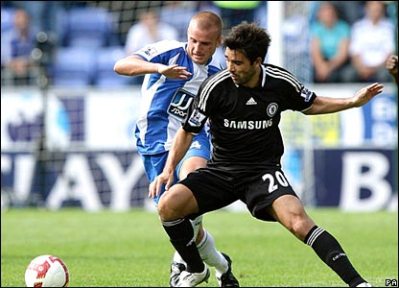 Wigan’s defendsive midfielder Lee Cattermole has signed for Premier League rivals Sunderland in a £6million deal and it s believed that the fee may rise depending upon club and international appearances.

It was reported that the Black Cats have agreed a four-year deal for the combative midfielder,now age 21, who will link up again with former Latics boss Steve Bruce at the Stadium of Light.

It is also said that Cattermole will be immediately available for selection for Sunderland’s first game of the season against Bolton on Saturday.


Barcelona Waiting To Assess The Extent Of Lionel Messi’s Injury