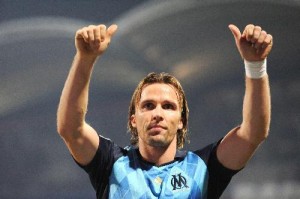 The 33-year-old former Dutch international winger is a free agent after his contract with Marseille expired in the summer and Black Cats boss Steve Bruce believes Zenden could be just the man he needs to bolster his midfield.

Pierre Zenden, the player’s agent and father told reporters that Sunderland would like to strengthen and Boudewijn is a serious candidate.

The agent also revealed that Zenden has been very strict with himself in the past months and has worked six days a week to keep in shape.

He also added that Sunderland knows very well the type of player he is and what he is capable of doing and therefore there is no need for Zenden to prove himself.

However the agent said that Sunderland would like to see Zenden do it and it all just depends on medical tests.

Sunderland manager Steve Bruce has also added that Zenden has joined the club for a while and will train at the academy for a few weeks as he looks for a new club.

Bruce went on to say that Zenden clearly has a first-class pedigree as a player so it is great to have him at the club.